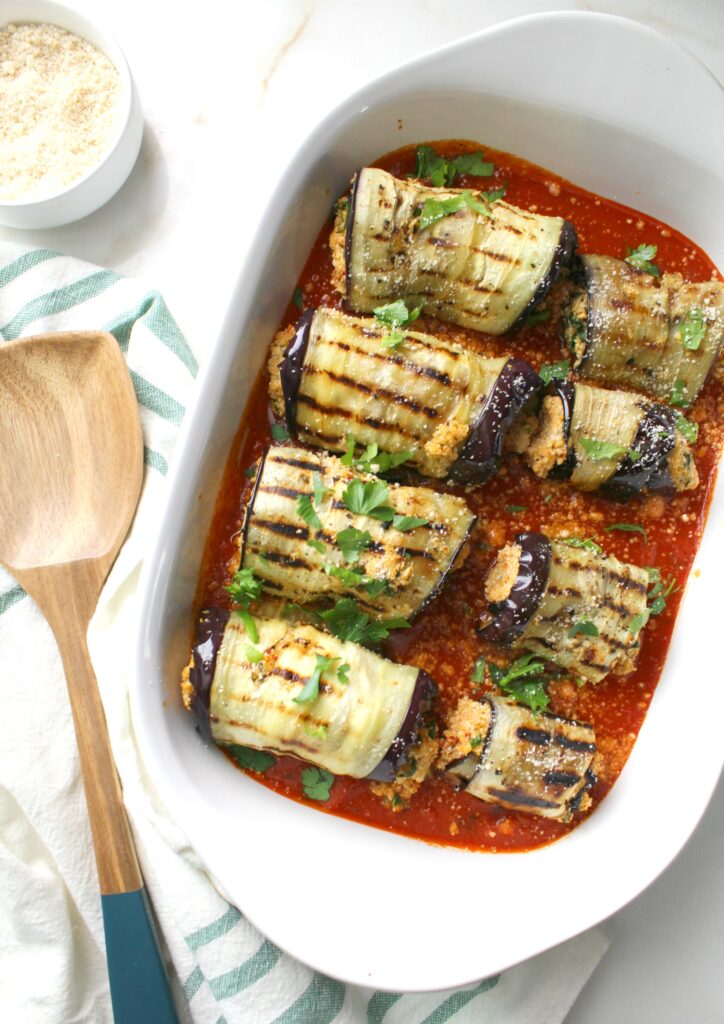 One of my New Year's resolutions was to incorporate more vegetables into every meal.

And you're probably thinking..."Rene, you're vegan. Aren't you already drowning in vegetables?"

And yes, vegetables are obviously a HUGE part of my diet already.

But I'm not going to lie, it is easy to overload on bread and potatoes and push those greens to the side.

So to avoid this, I have been loading up on the veggies. 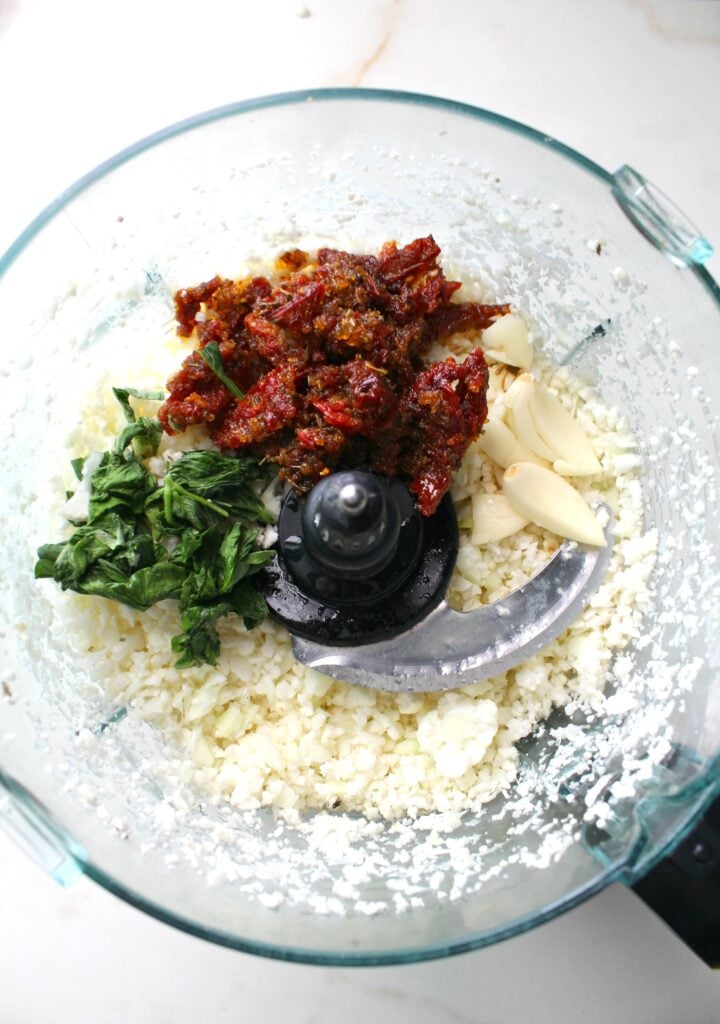 But, I'm making an extra effort to throw extra veg on my plate at every meal.

I've preached to you about the beauty of cauliflower. From my Vegan Cauliflower Meatballs to my Roasted Cauliflower Buffalo Pizza.

Cauliflower is such an adaptable veggie.

It may smell funky while you're cooking it, but with the right seasonings it becomes super tasty.

With all that being said, in today's recipe we are doubling down on veggies with these Mediterranean Vegan Eggplant Roll Ups. 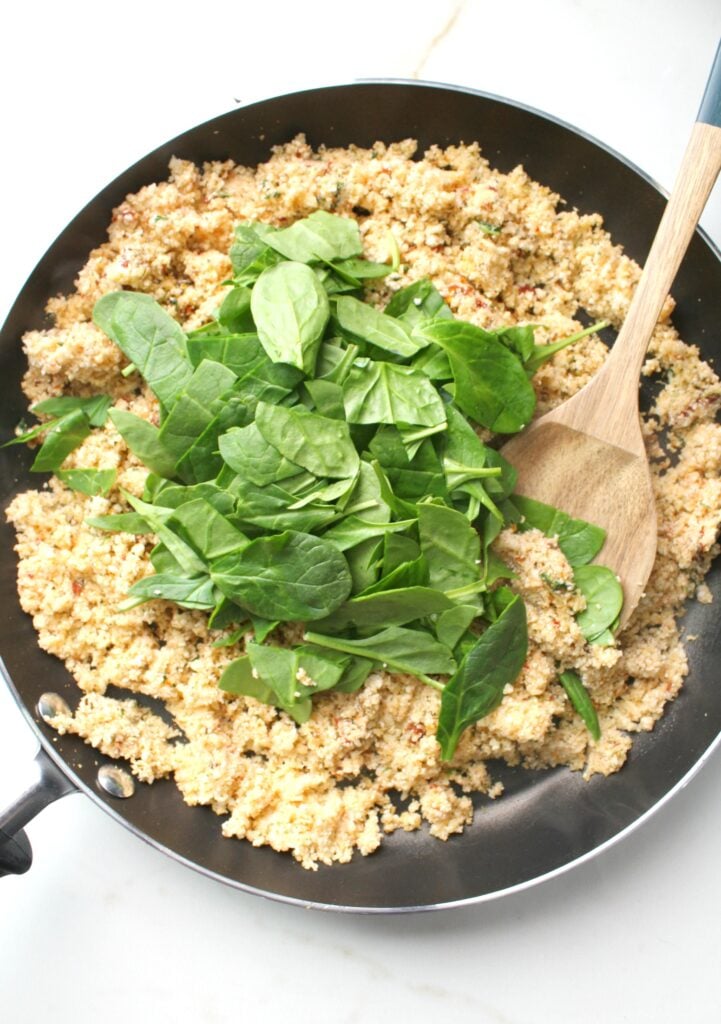 Cauliflower is sautéed with garlic, spinach, sun-dried tomatoes and hummus. Then everything gets rolled up into grilled eggplant slices and baked on a bed of simple marinara sauce. 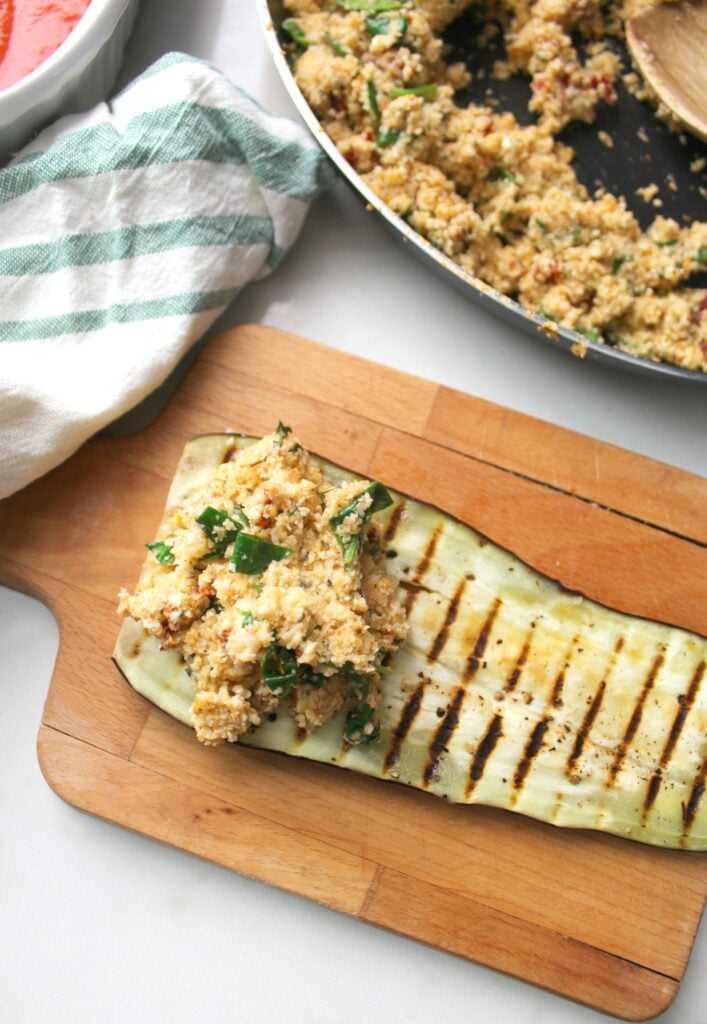 This meal is perfect if you are craving something pasta-ish, but want to lighten it up.

After it bakes, top it all off with some fresh herbs and vegan parmesan. Then...dig in.

TSV TIP: You'll notice that half of the roll-ups are large and the other half are on the tiny side. That is because I used one eggplant instead of two. And since eggplants are smaller on the sides, you will end up with about four slices that are on the small side. Want all of your roll-ups to be uniform? Just use two eggplants instead.

Make this on Sunday and have lunches all week. 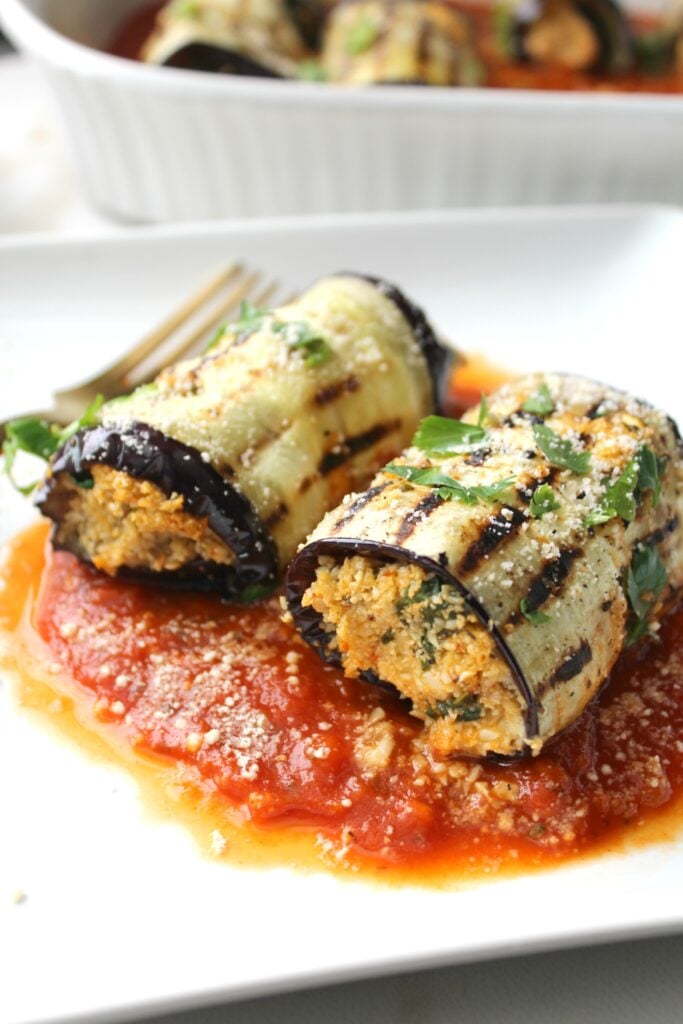 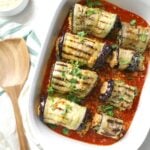 *If you want 8 uniform large pieces, you will want to use 2 eggplants. If you are ok with 4 of the slices being on the smaller side (like I did), use 1 eggplant.