Spice up breakfast with these Sheet Pan Breakfast Potatoes. Cooked with bell peppers, onions and serrano peppers in vegan butter until crisped to perfection! 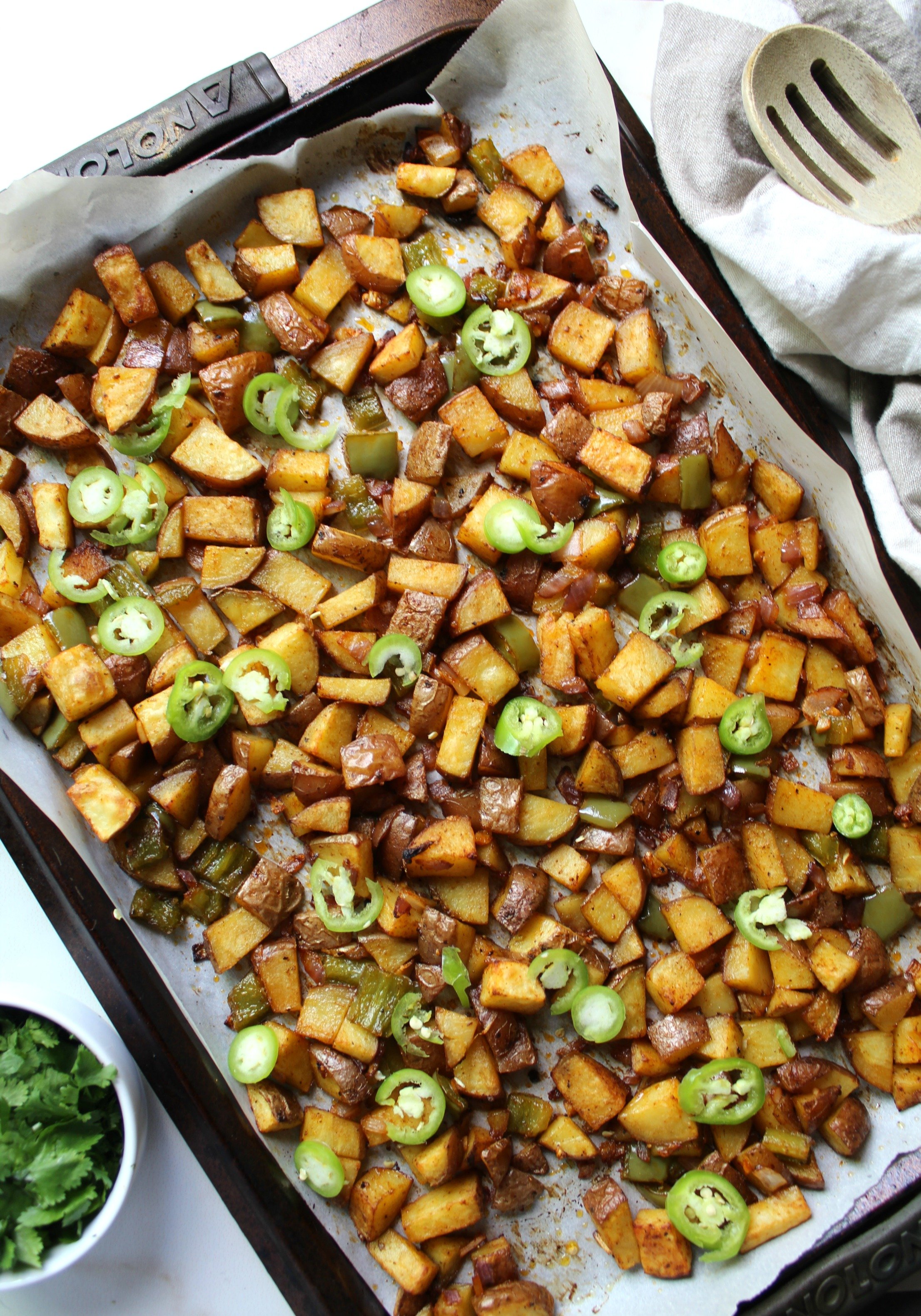 Eating breakfast out for a vegan can be frustrating. Everything is cooked in butter and usually includes milk or eggs. Goodbye pancakes, waffles and hash browns.

Ya, you can ask them to cook the hash browns in oil instead of butter, but there is something about the rich flavor and crispy texture you get when your potatoes are cooked up in a slab of butter.

Lucky for us, we can vegan-ize anything at home. 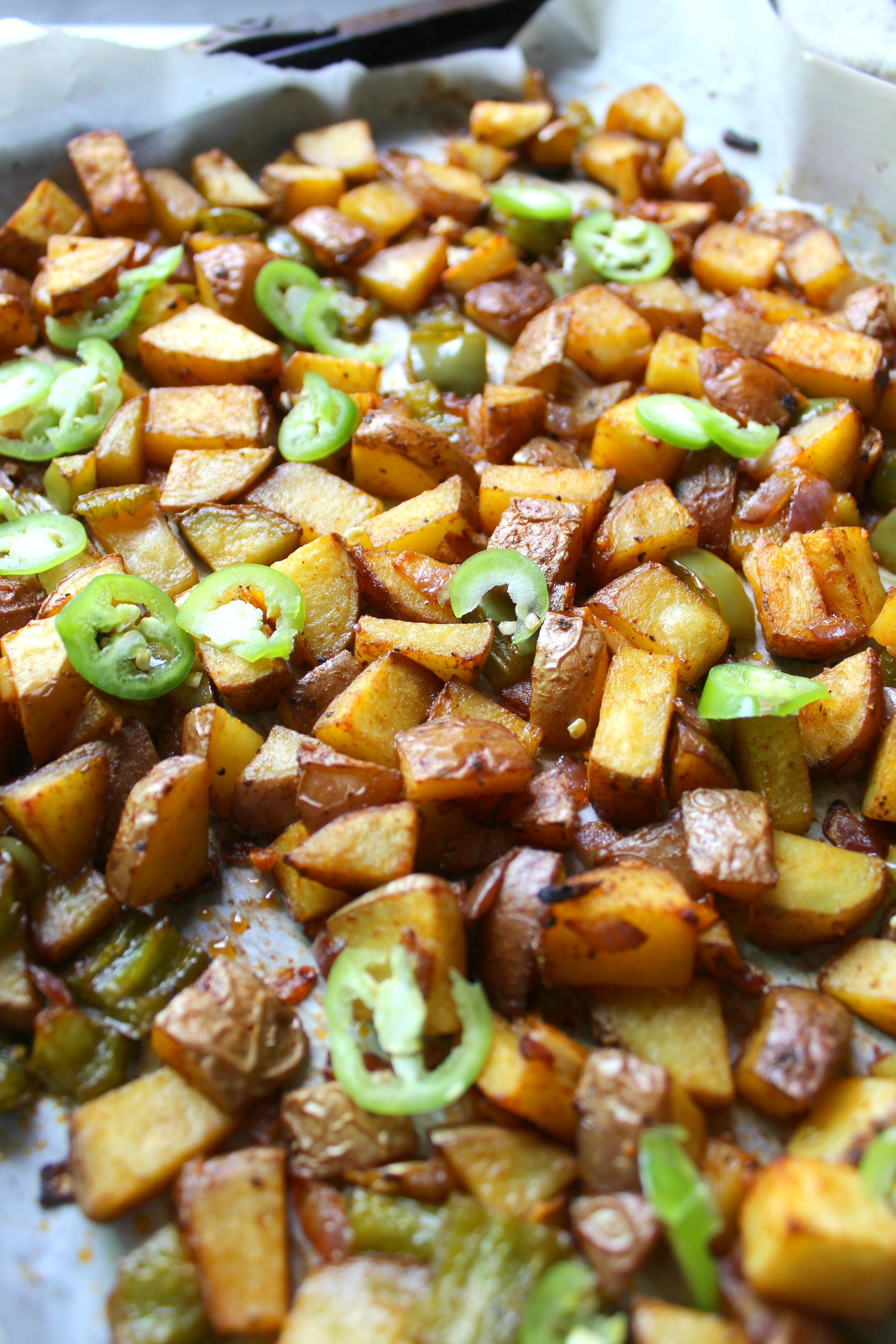 Which is why I had to come up with a recipe for the best breakfast potatoes. And I think these might fit the bill.

Potatoes, bell pepper, onions, serrano peppers and garlic are tossed with spices and melted vegan butter before hitting the oven for 30-40 minutes. Don't like spice? Leave out the serranos. The potatoes will still taste super yummy!

Serve these with a side of tofu scramble and some vegan sausage and you have a classic savory breakfast. 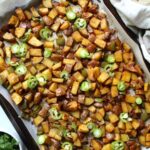