These Vegan Lemon Pepper Chicken Tacos are loaded with a kale avocado slaw and a chili lime crema. Perfect for your next Taco Tuesday!

I don't know if there is anything better than a taco dinner. I could literally eat tacos every night of the week. They are just the perfect vehicle for getting all the best ingredients into one tasty bite.

And these Vegan Lemon Pepper Chicken Tacos have made it to the top of my taco list these days. The vegan chicken strips are quickly crisped in a pan with olive oil and lemon pepper seasoning. And, damn, they are super tasty. You will want to add them to salads, wraps...basically anything.

But let's talk about the Kale Avocado Slaw

Other than the vegan chicken strips, this kale avocado slaw takes these tacos to the next level. It is zingy, crunchy and filled with all kinds of healthy ingredients.

I know kale isn't the first thing you might think of when it comes to a good slaw, but let me tell you, it is my new favorite thing. It adds lots of healthy greens and the perfect amount of crunch.

How to make vegan crema

I know this crema isn't traditional - but hey, we're working within our vegan limits here.

Just combine some vegan mayo, a couple of spices and lime juice in a bowl. It is that easy and it tastes amazing. Almost like a fish taco-type of sauce!

To assemble, load up your tortillas (I recommend you heat your tortillas over an open flame, but in a pan on the stove works too) with the vegan chicken, kale avocado slaw and chili lime crema.

Make sure to have extra lime wedges, cilantro and hot sauce on hand and you are ready to eat.

These fillings would also make an amazing taco salad if you want to forgo the tortillas! 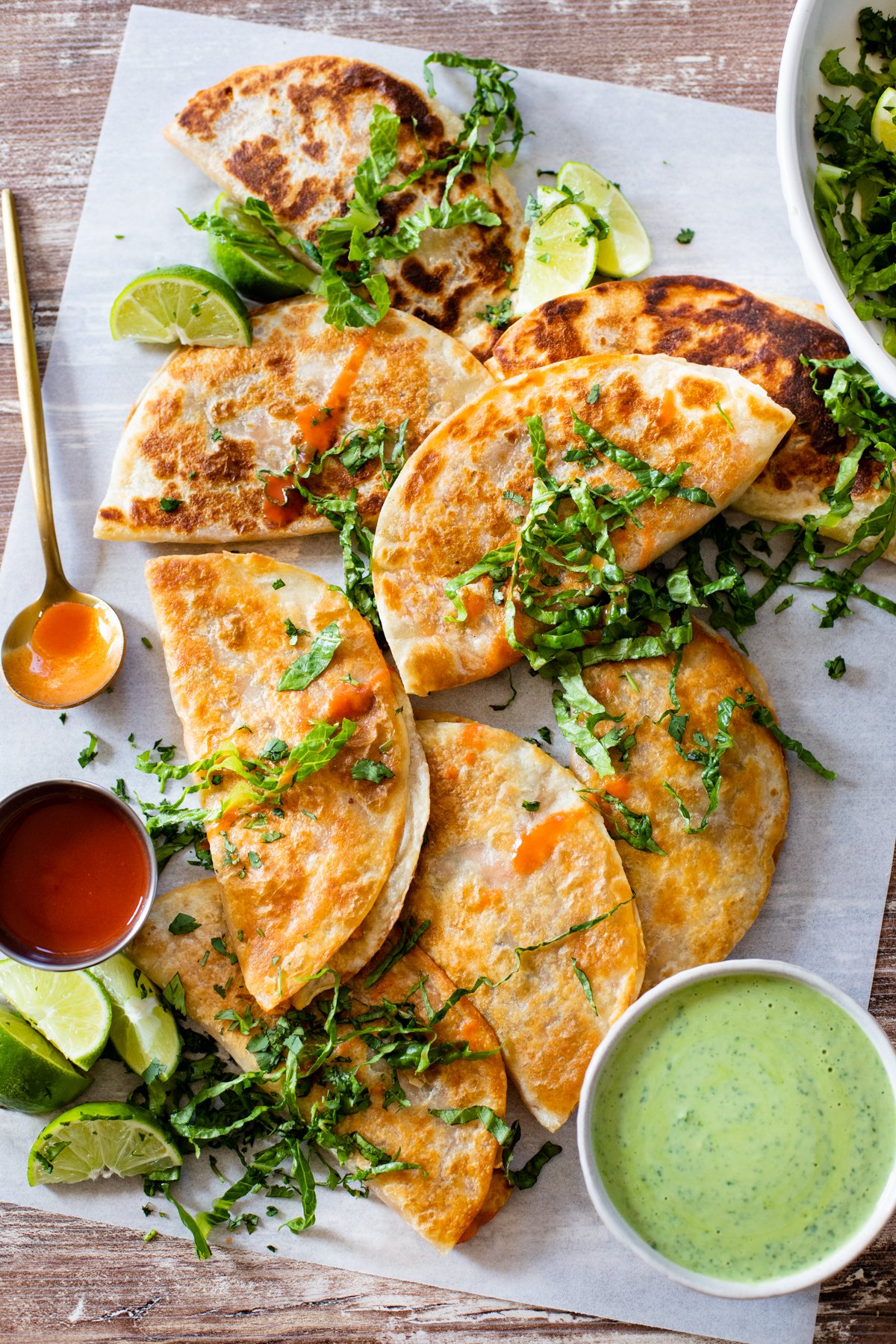 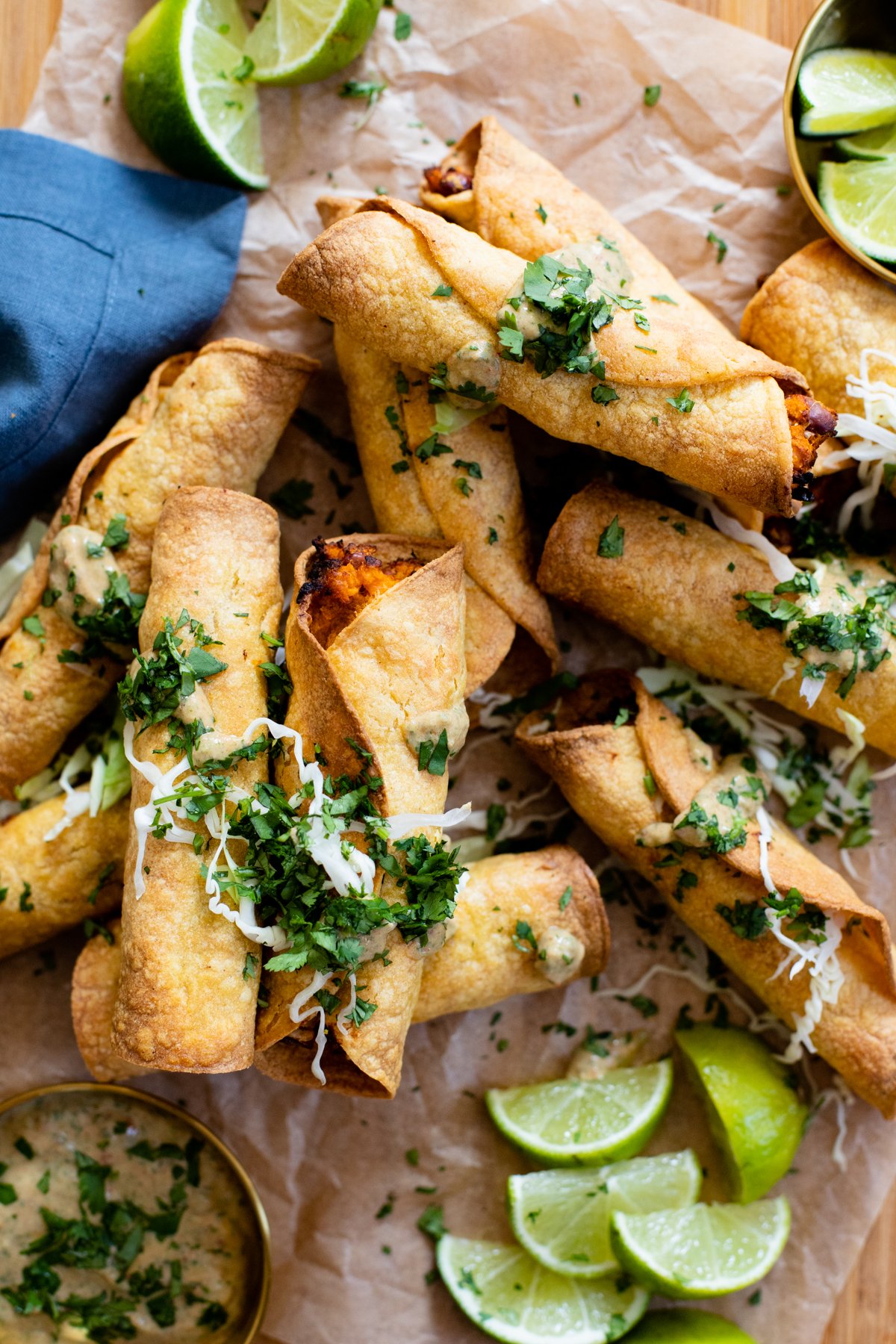 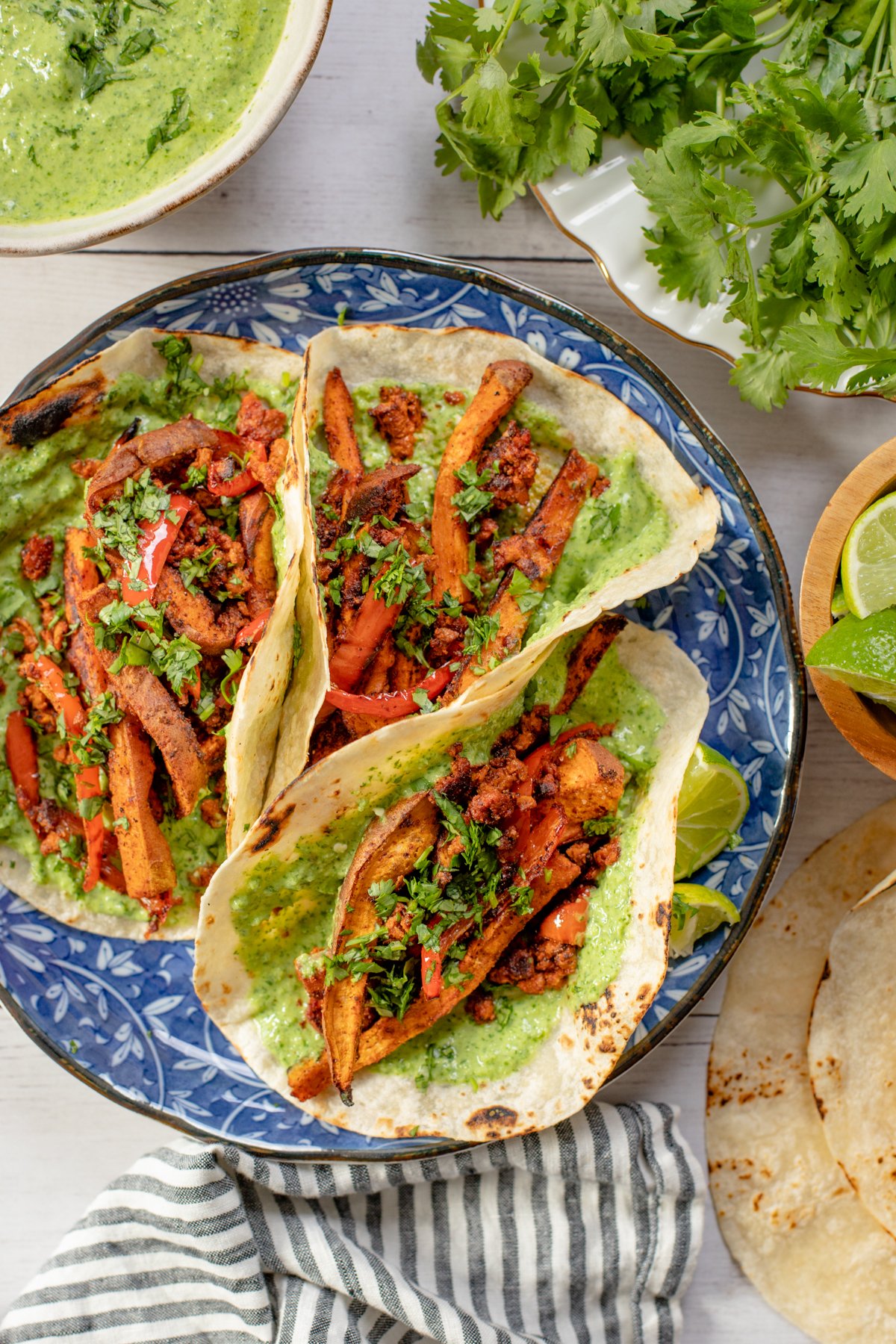 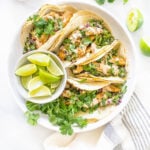 FOR THE KALE AVOCADO SLAW

FOR THE CHILI LIME CREMA

FOR THE LEMON PEPPER CHICKEN